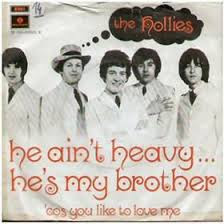 Well, it appears I stand corrected.

While driving down to Florida before Christmas I was listing to the Sixties Satellite Survey on Sirius XM Radio. The program was counting down the Top 40 hits from that week in December 1969.

Host Lou Simon introduced the Hollies song “He Ain’t Heavy, He’s My Brother” and explained how the title had originally come from a 1926 Mary Pickford silent film. 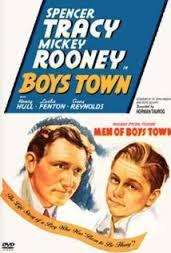 Like many people, I’d always believed the title came from the 1938 movie Boys Town starring and Spencer Tracy as Father Flannigan. (Actually, the phrase was spoken in Men of Boys Town.)

So I decided Wisdom of the Oldies needed to take a closer look.

In his 1884 book The Parables of Jesus, James Wells related the story of a tiny Scottish girl who was seen carrying a large baby boy. After watching the girl struggle, a bystander asked if she was tired. Surprisingly, the child replied “ No, he’s not heavy; he’s my brother.”

The story of the little Scottish girl was also mentioned in a 1918 publication by Ralph Waldo Trine titled The Higher Powers of Mind and Spirit. This time, after someone noted how heavy the child must be, the girl answered 'He's na heavy. He's mi brither.’

Roe Fulkerson, the first editor of Kiwanis magazine published a column in September 1924 carrying the title "He Ain't Heavy, He's My Brother".   The article talks about Fulkerson's sighting of "a spindly and physically weak lad" carrying a baby and "staggering towards a neighboring park".


This was the first time the phrase was spoken as it would be written years later in the song.

According to the Boys Town publication Teachable Moments,  Father Flanagan was paging through a copy of Ideal magazine in 1943 when he saw an image of an older boy carrying a younger boy on his back. The caption read, “He ain’t heavy, mister… he’s my brother.” 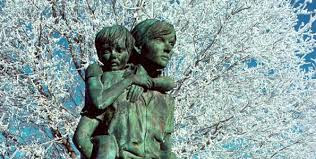 Immediately, the priest was reminded of a similar scene at a Boys Town picnic many years before. Father Flanagan wrote to the magazine and requested permission to use the image and quote. The magazine agreed, and Boys Town adopted them both as its new brand.

So what about America’s Sweetheart? Supposedly in a 1926 silent film drama, Mary Pickford portrayed a “plucky heroine” carrying a child on her back. When a stranger offered to assist, Mary’s reply was shown on screen on a title card: “Thanks Mister, but I don’t need any help. He ain’t heavy, he’s my brother.”

So there you go. Maybe too much information for some about the title origins of that 1969 Hollies smash hit.

I find it fascinating.

Here are more interesting tidbits about the song:

It was written by veteran songwriters Bobby Scott (who also wrote “A Taste of Honey”) and Bob Russell. Russell was fighting cancer at the time and died not long after the song was released.

The song hit Number 1 in the UK and Number 7 in the US.
Joe Cocker turned it down. 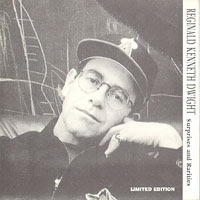 A young Reg Dwight (later known as Elton John) played piano and was paid 12 pounds for his work.

Just a few things to contemplate next time you hear the song on the radio.