Oldies with a foreign accent 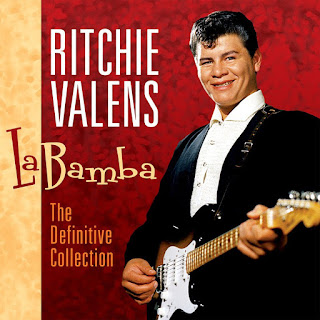 When was the first time you heard a song on the radio with lyrics from another language? Lyrics you didn’t quite understand?

For me, perhaps it was the 1958 song  (a Eurovision song winner!) “Volare” performed by Domenico Modugno.  I heard some lyrics that to me sounded like “mel blue de yucky boy blue.” 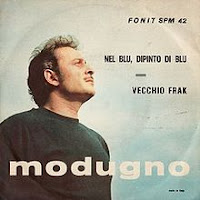 Actually, the correct phrase was “Nel blu degli occhi toi blu” which translates to “In the blue of your blue eyes.” Who knew?

And I also just discovered volare means flying in Italian. See what you can learn by reading Wisdom of the Oldies? By the way, “Volare” made it all the way to Number 1 on the Billboard charts.

On second thought, maybe the first song I recall in a foreign language was “La Bamba” by Richie Valens.

Here’s the English translation (which in my opinion does not have una poca de gracia ). Or maybe it was my seven years of Spanish class that made me prefer the original words.

In 1963 an artist named Kyu Sakamoto struck gold with “Sukiyaki”. It is the only Japanese record to break into the American charts and it stayed at #1 for three weeks.

The original title was “Ue o Muite Aruko" which means "I Will Walk Looking Up".  In the song, a broken-hearted young man looks at the sky while walking to keep his tears from falling.

The head of England’s Pye Records heard the original song while in Japan on a business trip. The label released an instrumental version by Kenny Ball and his Jazzmen (“Midnight in Moscow”) in the UK, but changed the name to “Sukiyaki” believing English audiences would find the title easier to remember. Capital Records released the original in America keeping the foody title. 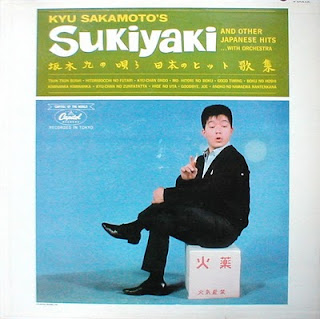 Kyu Sakamoto had more than 15 hits in Japan and also appeared in several movies. He died in the Japan Airlines plane crash that killed 520 people in 1985.

That same year another unlikely song with foreign words hit the top of the charts in 1963. “Dominique” by The Singing Nun.

Jeanine Deckers entered the Fichermont Convent in 1959 at the age of 25. She had been writing songs since childhood and often entertained her fellow nuns with tunes played on her guitar nicknamed Sister Adele.

In time, she asked the convent if she could record an album to help finance the order’s Congo mission. One of the tunes, “Dominique” captured the fancy of an executive at Phillips records and they offered Jeanine a contract.

The Mother Superior said yes on two conditions: all funds earned must go to the convent and she could not use her own name. The stage name “Sister Smile” (Soeur Sourire) was chosen. Jeanine hated it.

The catchy tune about the founder of her order, St. Dominic, became an instant hit in Europe and topped the charts in the US for four weeks. “The Singing Nun” album sold more than two million copies.

Life after “Dominique” fame was not easy for Jeanine. She encountered jealousy and backstabbing when she returned to the convent. And she found it increasingly difficult to readjust to the restrictions of religious life. 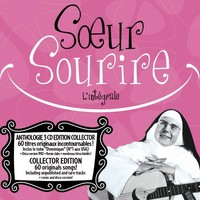 She left the convent in 1967.  Before long, Belgian authorities demanded she pay back taxes on her earnings. All royalties went to the convent but Deckers had no receipts to prove it. Money worries escalated and she became addicted to alcohol and drugs. The Singing Nun committed suicide in 1985.

After that sad tale, I turn to one of my favorites “Ma Belle Amie” by Tee Set. This jaunty tune by a Dutch quintet hit #5 in February 1970 and stayed there for five weeks. 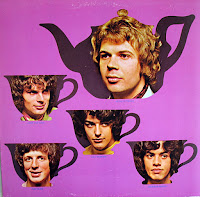 The French lyrics translate to “After all the beautiful days, I tell you thank you, thank you.”

So merci, merci mes amis for joining me on this journey to foreign songs, words and lands.

I’d love to hear about your favoritos!!