A total eclipse of the heart (oops, I mean Sun.)

In case you hadn’t heard, an eclipse is coming.

I am more than well aware of this fact because here in western North Carolina, you simply can’t get away from it.

Virtually every business from the local spice shop to dog groomers are selling “official” eclipse glasses. And every store already has t-shirts for sale that announce: “I saw the Eclipse in ____" (You fill in the blank.)

Apparently everyone from Asheville and Hendersonville to Highlands will be able to see this rare event. And they can buy a t-shirt to prove it to the unlucky folks who aren’t in the direct path!

Here’s what NASA has to say: On Monday, August 21, 2017, all of North America will be treated to an eclipse of the sun. Anyone within the path of totality can see one of nature’s most awe inspiring sights - a total solar eclipse. This path, where the moon will completely cover the sun and the sun's tenuous atmosphere - the corona - can be seen, will stretch from Salem, Oregon to Charleston, South Carolina. Observers outside this path will still see a partial solar eclipse where the moon covers part of the sun's disk.

National Public Radio reminds us that during the event, “many astronomers and citizen-scientist volunteers will gaze up towards the sun and join a long line of eclipse scholars that includes Plutarch, the Babylonians, ancient imperial astronomers in China, and even Thomas Edison.”

To be honest, I’m not all that excited. But for the folks who are, I will pray it doesn’t rain.

In the meantime, I thought it would be fun to look back on some great oldies that “revolve” around the sun.  Here are a few of the all-time most popular songs as determined by voters on the website, Ranker.

“Here Comes the Sun” by the Beatles.

George Harrison wrote the song in Eric Clapton’s garden using one of Clapton’s acoustic guitars. In a documentary called The Material World, Eric talked about writing the song with Harrison. “It was one of those beautiful spring mornings. I think it was April, we were just walking around the garden with our guitars. He (George) was just a magical guy... we sat down at the bottom of the garden, looking out, … and he began to sing the opening lines and I just watched this thing come to life."

“Sunny Afternoon” by The Kinks

“Warmth of the Sun” by the Beach Boys 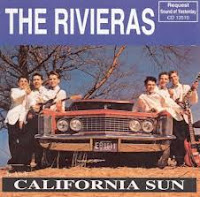 “California Sun” by the Rivieras 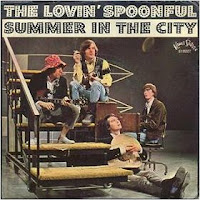 “Summer in the City” by The Lovin’ Spoonful
(Which interestingly, does not contain the word “sun”.)

“The Sun Ain’t Gonna Shine Anymore” by the Walker Brothers.

Of course there are dozens, maybe hundreds of songs about some phase of the sun. Do you have a favorite?

The approach of the eclipse made me think about the song “Blinded by the Light”, written by Bruce Springsteen and performed by the Manfred Mann Earth Band. Towards the end of the song we hear:

“Mama always told me not to look into the eye’s of the sun.
But Mama, that’s where the fun is.”

Is that where the fun is? NASA says no, no, no.


I was also thinking about one of my favorite songs “Red Rubber Ball” by the Cyrkle. Lead singer Don Dannemon explained that the character in the song learns his lesson after falling for a cheating woman, overcomes heartbreak and faces a bright future. "He's had enough and is totally over it."

"And I think it's gonna be alright
Yeah, the worst is over now
The mornin' sun is shinin' like a red rubber ball”

Thank goodness for the Cyrkle and songwriter Paul Simon, there was no eclipse scheduled for that day.